LetsBeBio.com is a subsidiary of French based Conglomerate Acintya Global Holdings SAS. It was born with a very noble & dedicated cause to provide excellent quality food at affordable prices through our Indian Partner GoEarth Organics Limited. At LetsBeBio.com, we believe that healthy food is the fundamental rights of every human being so we are committed to provide highest quality food which is pure and free from all the impurities.

Although working platform of company is newly introduced but founders are well experienced and deeply involved in all these methodologies. 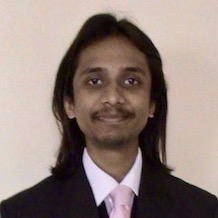 GuruprasadVenkatesha was born on 14th November 1986 in Bangalore, India. He studied Industrial Engineering at Ramaiah Institute of Technology. He also did courses in Finance and Marketing. His entrepreneurial journey started when he was barely 16 when he founded his Investment company by name Sharegiants Wealth Advisors Pvt Ltd in India. At that time he was regarded as the youngest to achieve this feat. He also worked for Bosch after completion of his Engineering and then had a short stint at Morgan Stanley.

He is Co-Founder & Chief ExecturiveOfficier of Acintya Global Holdings SAS. He has a vision of spreading the affordable Bio-Foods to the whole world as well as to make the shopping experience very smooth for all the customers. He believes in the philosophy of "Customer is king". He has passion for Yoga, Travel and Technology 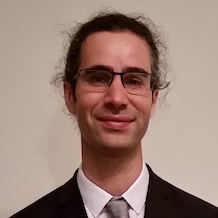 Erwan Rouzel was born in France on 14th September 1981 and currently lives in Paris. He graduated as engineer from Télécom Bretagne (MSc) in 2005 with a major in Computer Science and Artificial Intelligence.

After working for 10 years as a Software Engineer in various contexts (large groups, startups and as entrepreneur), hepassed anAdvanced Master "Expert in Digital Engineering" at École Centrale Paris. He is currently working as a Big Data Architect forCréditAgricole bank.

Computer enthusiast since an early age, he developed his first programs at the age of eight years and learned several programming languages self-taught during high school before preparing nationwide competitive exams in sciences.

He is Co-Founder & Chief Technology Officier of Acintya Global Holdings SAS and gives the Technological vision, Architecture and overall IT strategy of the company.

Erwan has passion for Yoga, Travel and Technology in general. He hismarried and has a daughter. 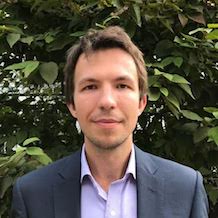 Mikhail Shaldaev was born on 11th March 1989 in Moscow, Russia. Following a tradition of his family he was learning French since 6 years old as his first foreign language. He studied geology, geophysics and petroleum engineering at Gubkin Russian State University of Oil and Gas and started his career at the third year of studies working part-time at the scientific institution VNIGNI in Moscow. In 2011 he was selected as a representative of Gubkin University for TOTAL Summer School - strategy and management program for talented students in Paris, France organized by the notable super major company. Half a year later, in 2012 he moved to France to continue his education at IFP School in Rueil-Malmaison and finally graduated in 2013 with Master’s degree in Reservoir Geoscience and Engineering. Since 2013 he works at TOTAL S.A. as a Paris-based geologist carrying out various projects worldwide.

He is Co-Founder & Chief Strategy Officierof Acintya Global Holdings SAS and looks after the Strategy, Innovation & Business development branch of the company. Mikhail has a passion for Arts and Travel. 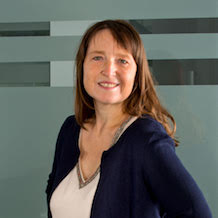 Déborah Rouzel was born in France on 27th May 1973 in Caen, Normandy. She studied accounting and secretariat at University in Rouen to become executive assistant in 1995. After many years of experience she turned toward social working and got her national diploma of social worker in 2009 and worked with many kind of different publics. She developed creative activities for social and therapeutic environment and studied Art Therapy between 2007 and 2014 when she graduated. She is now Art Therapist in a consulting room and is also working for a non-profit organization to spread yoga & meditation traditional teachings and Indian culture in Europe.

She is Co-Founder & General Manager of Acintya Global Holdings SAS. She works on commercial aspects for distributing the products and getting in relation with people.

Déborah has a passion for Yoga, Art, Nature and Travel. She is married and has a daughter.